The Little Store That Could

“During the 1980’s we were receiving so many donations of clothing, furniture, TV’s, you name it, that we ran into a storage problem here at the West Seattle Senior Center. We didn’t have space for even one more item!”

West Seattle Director Karen Sisson is a whirling dervish directing Center staff, over-seeing budgets, and counseling members but I have her attention for a few minutes to get the story on the highly successful Center run thrift store STOP ‘N SHOP.

“Then I noticed there was a small vacancy in a building across California Avenue so I  called the building owner and asked if we could use the space for free until he found a  tenant?  He said ‘why not’ so we hauled all the donations across the street, put up a sign  and declared ourselves in the retail business.  It really was a move to free up space in our  building and, maybe, to make a few dollars for our senior’s operation.”

Karen smiles at the memory of that beginning.

“We really had no idea how successful the shop would become, and how much it would contribute to our operating budget – especially in these times of crucial government cutbacks!”

“With senior volunteers staffing the store and all goods being donated we made a net profit the first year of $12,000, and felt successful. Well, neighbors kept donating and sales increased to the point we needed more space so after a few years we moved back across the street dedicating our own California Avenue frontage to an expanded store.” 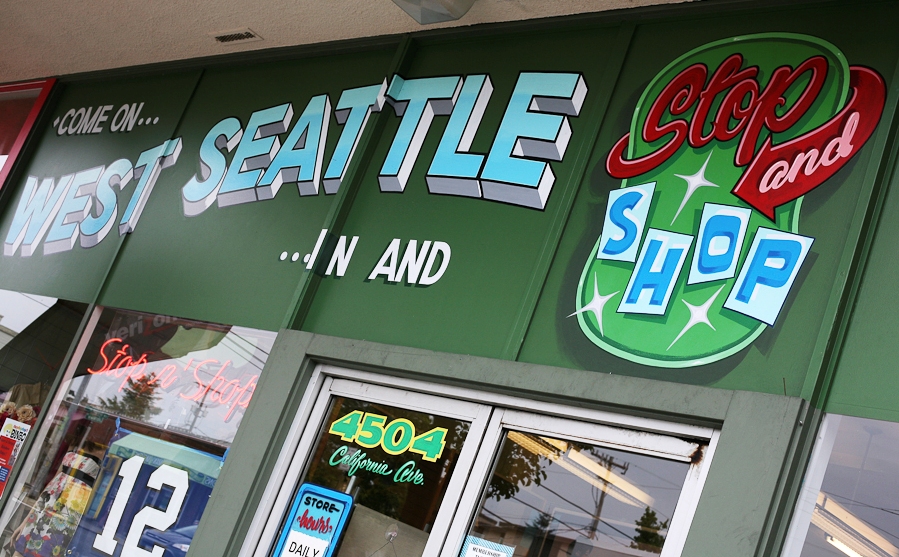 Now Karen’s smile becomes a full-fledged grin, “We’ve finished 2013 with an $180,000 gross sales!  Most of our West Seattle neighbors browse STOP ‘N SHOP when they’re looking for bargain buys.  Without that income we would have to cut back on many services that are so crucial to over a thousand members, and an additional 2 thousand participants  who count on us as an integral part of their senior years.  And that in-house generated income played a big financial role when we built our meeting room, Hatton Hall, which holds hundreds for our Senior’s Social Calendar events including dances, concerts  bingo, you name it.”

“We know times are tough right now,” Karen’s smile turns into a determined look, “Oddly enough, we are sort of subsidizing the government at this point. But our members are willing, able and eager to pull their weight in the service of their own senior community. STOP ‘N SHOP is a West Seattle treasure that is here to stay! 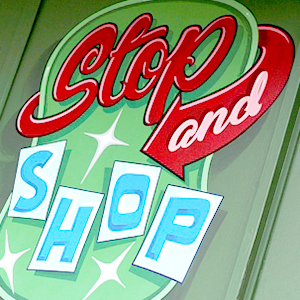 Donations by appointment only. To secure an appointment, please visit us or call 206-932-4044, Ext 7, during our regular store hours.